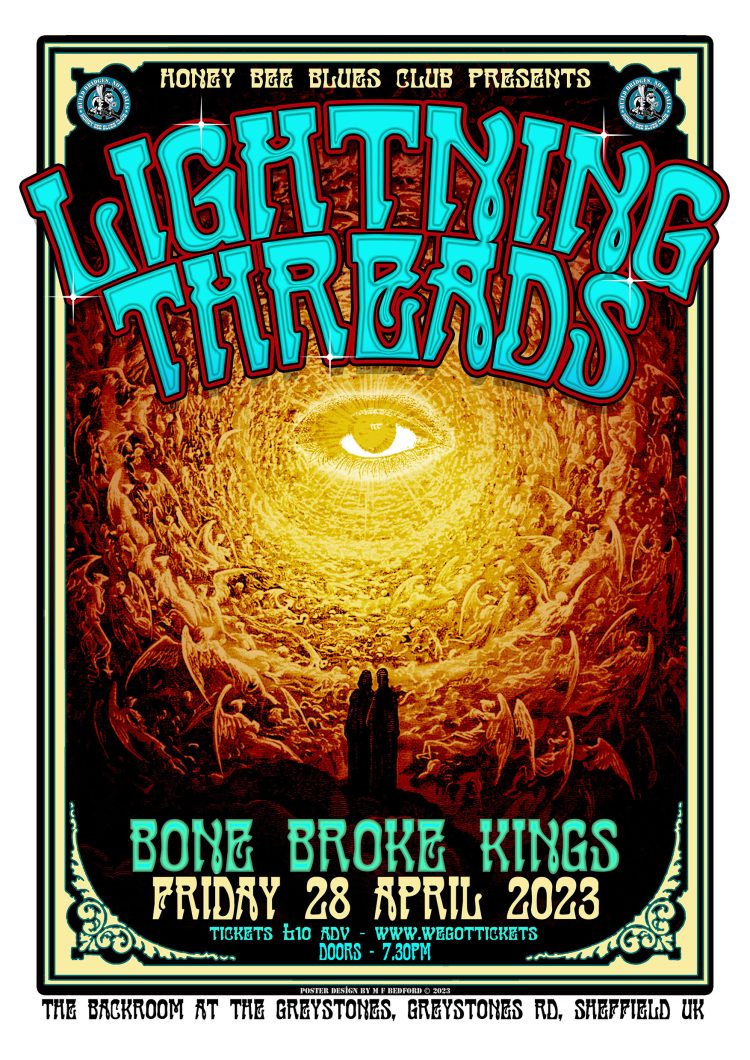 Lightning Threads are back with their biggest headline show to date at Sheffield’s legendary Greystones. Bringing you established hits such as “Tattoo Girl”, “Never Cry”, “Mystical Woman”, and “Take a Mile” – which went straight to the top of the iTunes blues charts on release – the trio have recently been busy in the studio and return with brand spanking new material from their forthcoming debut album. Since 2019, Tom Jane (Guitar/Vocals), Sam Burgum (Bass/Vocals) and Hugh Butler (Drums/Keys) have been touring around the country, sharing their uniquely energetic brand of blues-rock with audiences near and far and electrifying venues alongside the likes of Darnell Cole, Tom Killner, Emilia Quinn, the Daybreakers, Bone Broke Kings, and The Fargo Railroad Co. From thundering performances at The Leadmill, O2 Academy Sheffield, and Corporation, to unmissable nights at the Dorothy Pax, The Church House, and Sidney&Matilda, the band have also been hitting the stage at festivals such as the Tramlines Fringe, DN One Live, and the Cleethorpes Rail, Ale & Blues Festival. Lightning Threads love nothing better than getting together with a crowd and having an unforgettable night. Acclaim for Lightning Threads “Something about really well-done blues that gets the juices flowing. I’m already a fan” – Christian Carlisle, BBC Introducing Sheffield. “A band oozing with charisma, passion and electrifying energy” – RGM Magazine “Hendrix Vibes… those guitar licks are proper sexy and saucy” – Sound Pylon www.lightningthreads.com Instagram/lightning.threads Facebook/lightningthreads