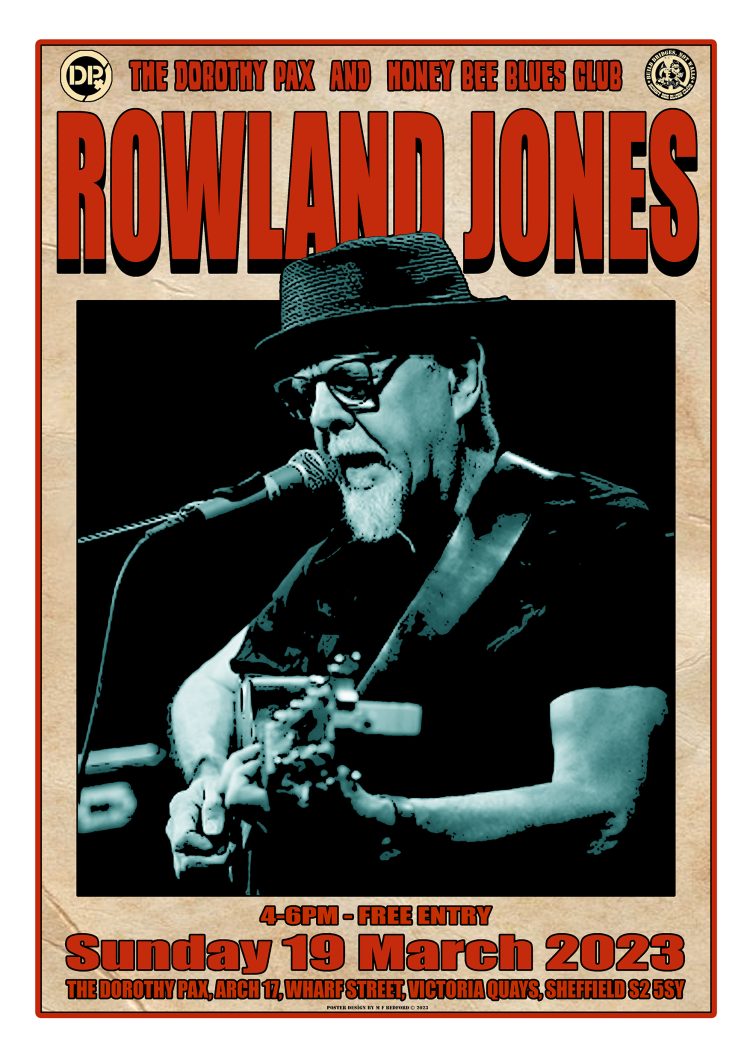 ‘a great storyteller and accomplished songwriter – mixing all flavours of blues-rooted music peppered with soul and Americana.’ That is how Blues Matters described him. Many have commented as to how Rowland Jones creates a conversation with the audience, both on his recordings and live, via his finely crafted melodic songs, which have been favourably compared with those of John Martyn, Richie Havens, Mose Allison and Jim Croce. His solo album ‘Rowland Jones – Live!’ was nominated in the Best Live CD section of The Independent Blues Awards 2021 and a recently released album with his trio ‘Live@Oswestry’ has received great reviews in Blues Matters (UK) and Bluesblast (US). Three of his songs are included on the soundtrack of ‘All Crazy Random’ – an Independent UK Production available on Netflix (US & Canada)