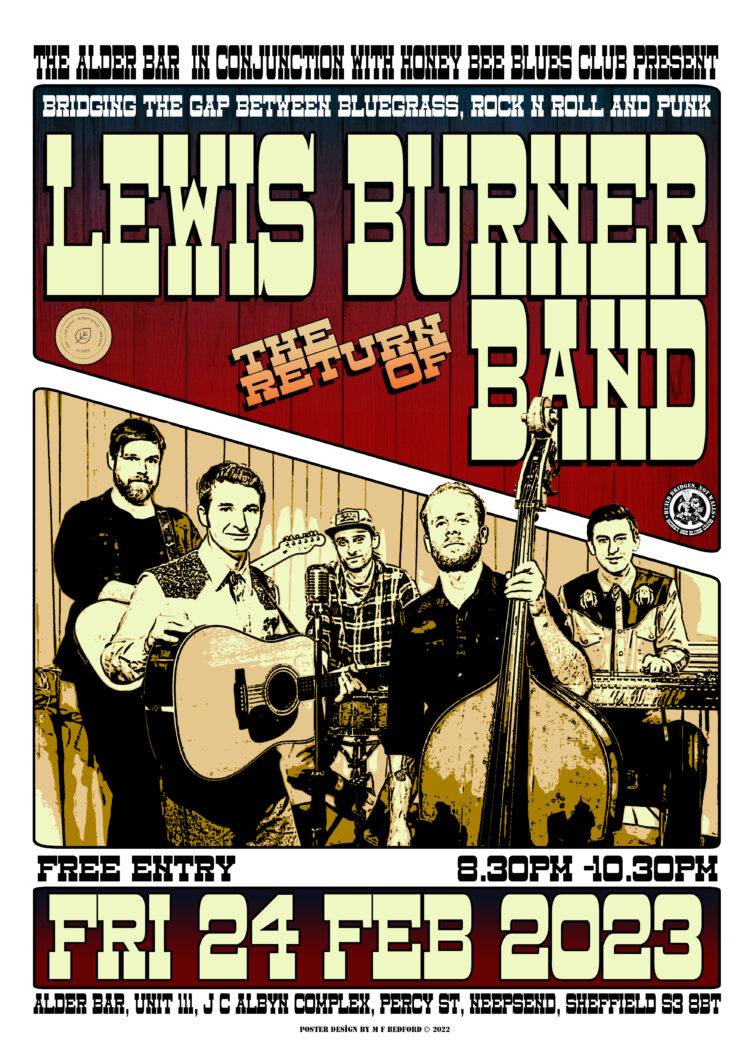 Lewis Burner is influenced by everything from bluegrass and country through to punk and rock n roll. In 2018, Lewis released “Dog Songs”, an album featuring themes of recovery from depression and the tragedy of the Bradford Stadium fire. Armed with a guitar, banjo and harmonica, Lewis plays original and traditional music. He performs either solo or with his dad, Mark Pugh, an accomplished 5-string banjo player and are usually joined by a double bass and snare player.

In addition, Lewis also works to raise money for local homeless charities, often incorporating music into his activism and is part of the international grassroots network of activists and musicians known as “We Shall Over Come”.